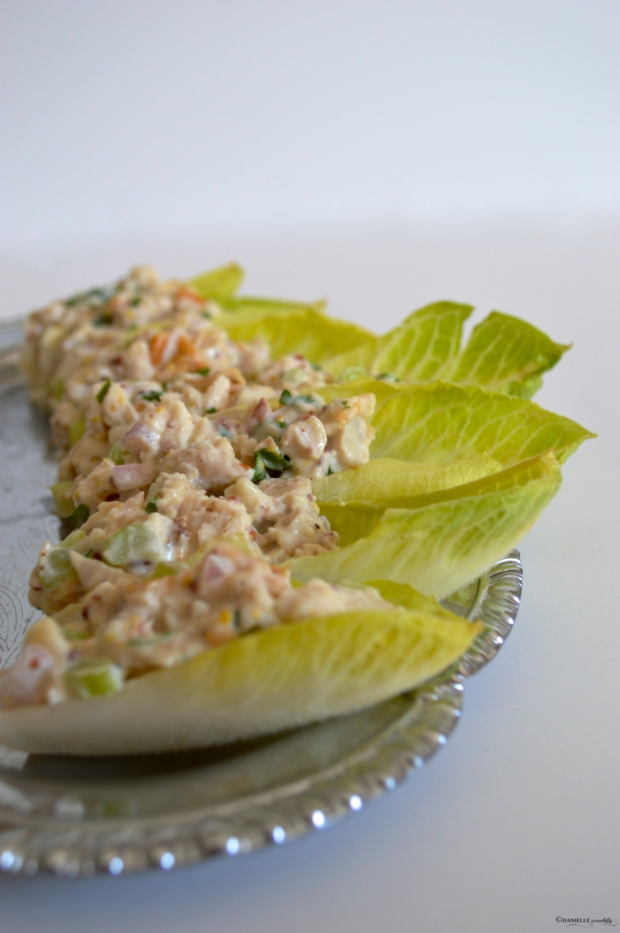 When I was little the only meat I would eat was chicken (seriously, I was crazy picky when it came to my proteins). My parents did what they could… they would give me steak and say I had to sit at the dinner table until I at least tried it and hours later I’d still be sitting there watching my brother eat popsicles out on the porch. You’d think that would be incentive enough for me to just try it but I was also very stubborn.. I spent a lot of time at that table. Now, I’m much more adventurous and I’ll eat just about anything but I always seem to still gravitate towards chicken. I LOVE chicken salad and I know there’s so many different ways to prepare it but this is my favorite. I usually choose to eat it stuffed in a tomato because it’s so heavy on its own that adding bread or crackers to the mix makes it just too much. To have it at a party though (like the baby shower) you can’t really serve it in a tomato so using endive leaves gives you a great carb-less vessel that looks really chic! I roast my own chicken to make it but if you’re short on time it’s no problem, just grab a rotisserie one from your grocery store and it’s even easier to prepare! The best part of this recipe is that it divides and multiplies really well so it’s just as easy to make one serving as it is to make enough for a whole party!

Start off by roasting your chicken. Follow the steps from my post on a roast chicken dinner omitting the potatoes and the rosemary and then let rest until cool enough to cut up. 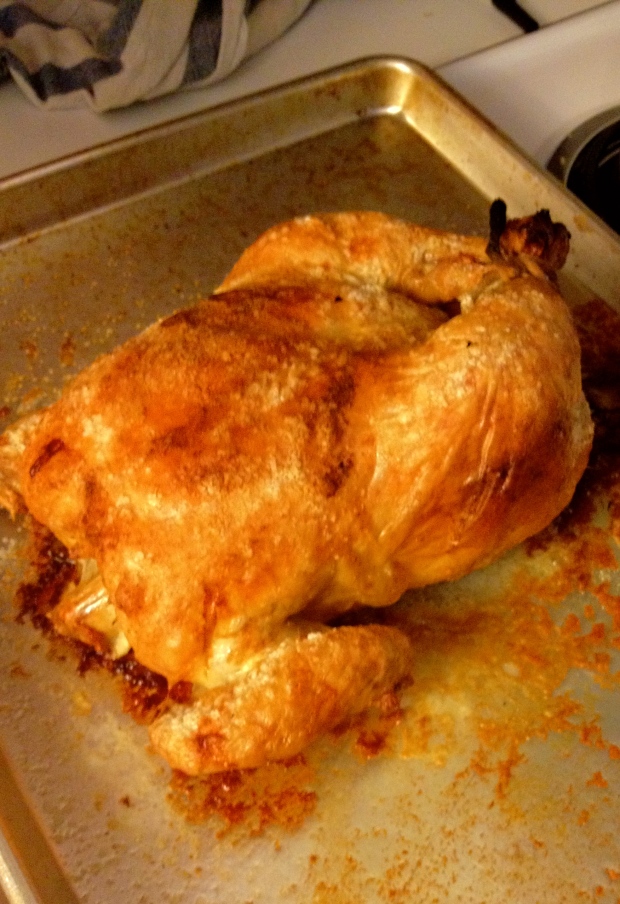 I was making this for a whole party so I used the entire chicken but I will do the recipe for one serving. In a mixing bowl combine 1 cup of the roast chicken cut into small cubes, heaping tbsp minced red onion, heaping tbsp minced celery, 2 tsp chopped parsley, 2 tsp fresh lemon juice, 1 tsp freshly grated lemon zest, 2 tsp mayonnaise, 1/2 tsp whole grain dijon mustard, a dash of hot sauce and salt and pepper to taste.

Endive comes in tight bundles of leaves, so cut off the bottom and remove the outside ones (they’ll tend to be brown on the edges) and break them apart. Scoop the chicken salad into the leaves and serve!